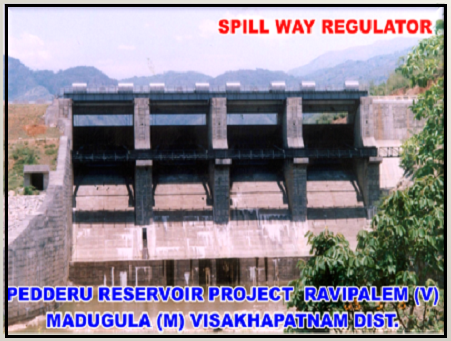 Sri Tenneti Viswanadham Pedderu Reservoir Project is a Medium Irrigation Reservoir Project on Peddeeru river, a tributary to river Sarada, formed near Ravipalem (V) in Madugula (M) of Visakhapatnam District. The contemplated ayacut under this scheme is 19,322 acres. The scheme was taken up and completed with the NABARD Assistance. The total number of villages benefited under this reservoir scheme is 62 villages spread in 3 Mandals namely Madugula, Ravikamatham and Butchiahpeta of Visakhapatnam District. Irrigation potential created fully during Khariff 2007.

The Project was dedicated to the Nation by the honourable Chief Minister of Andhra Pradesh Dr.Sri Y.S.Rajasekhara Reddy on 10-09-2006 to an extent of 13,334 acres and water to Khariff, 2007 to the balance ayacut was released by the Honâble Minister for Major and Medium Irrigation Sri Ponnala Lakshmaiah on 07-09-2007. 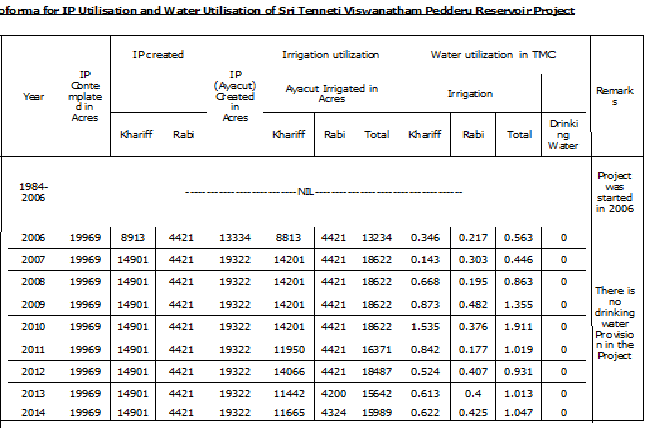 Excavation of 4L(A) minor from Km 0.800 to 4.050 Km, Km 0.30 to 0.800 km and sub minor from Km 0.00 to 1.75 km including construction of CM & CD works, construction of Aqueduct from 365m to 545m under 1L distributory of right main canal of Sri Tenneti Viswanadham Pedderu Reservoir project near Ravipalem(V) in Madugula(M) of Visakhapatnam(Dt).Was accorded Revised Administrative Approval for Rs.6.35 Crs. Vide G.O.Rt.No227 dated 17-5-2014. The Government has instructed to get Clarence from Tribal Sub Plan committee and execute the scheme. After TSP Clearence, work will be taken up after obtaining technical sanction from the competent authority.