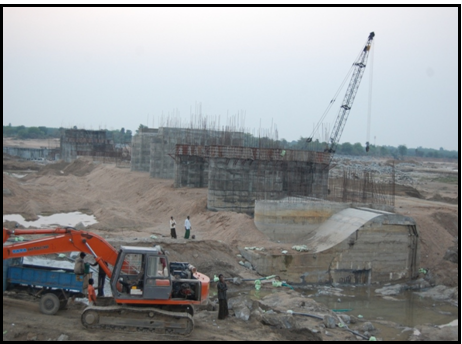 The Muniyeru Anicut was constructed near Polampalli (v) during the year 1894-98 to irrigate an ayacut of 16,427 acres benefiting 25 villages in 3 mandals i.e. Vatsavai, Penugranchiprolu and Nandigama. The anicut served more than 105 years and outlived its age, hence it needed immediate reconstruction to avoid collapse of the system.Further the present anicut is an ungated structure and river is rapidly silting up. Hence it is proposed to construct a barrage 120m down streem of existing anicut.