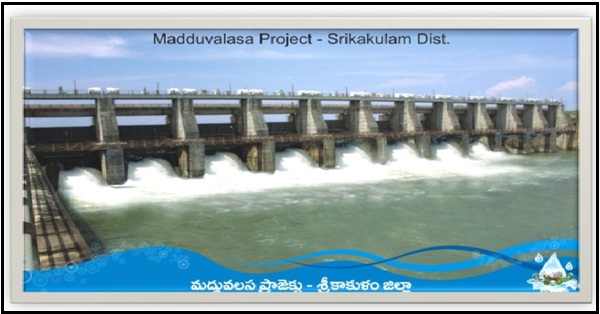 Madduvalasa Reservoir Project is a Medium Irrigation Project for which envisages formation of Reservoir across Suvarnamukhi river a tributary of Nagavali River. The project is intended to serve an ayacut of 24,700 acres in 6 Mandals in Srikakulam District under Stage ( which was completed in the year 2002 and water is being supplied to the contemplated ayacut.

Additional water requirement to Irrigate 12,500 Acres in stage II was calculated as per modified Penman method is 0.862 TMC and the total requirement is arrived as 4.730 TMC for entire ayacut will be within the limits of yield allocated by C.W.C. to Madduvalasa Project i.e. 4.960 T.M.C. It is proposed to create an additional ayacut of 12,500 acres duly extension of Right Main Canal for 5.00 KM distance and excavation of 2 distributories, benefiting 4 Mandals i.e. G.Sigadam(1395 Acres), Ponduru (4,933 Acres), Laveru(5010 Acres) and Etcherla(1075 Acres) total 12,500 Acres.

The basin has a total drainage area of 1233 Sq.km till its confluence with Vamsadhara River. The Catchment Area is mostly hilly. The basin receives abundant supply under the influence of both the South-West and North-East monsoons with an average annual rainfall being 1126 mm (47Ã¢ÂÂ). Rainfall in this Catchment is erratic and high peaks of discharge occur for a few days in the monsoon period accounting for substantial part of the yield during the sub peaks. For effective utilization of the water, it is proposed to divert the flows in to a diversion channel, taking off from the River near Chapara Village of Meliaputti Mandal in Srikakulam District.

The Mahendratanaya River flows through a very backward region in Orissa and Andhra Pradesh states. The development of irrigation under this river is very meager till its confluence with Vamsadhara River.

There are no Inter State Agreements on utilization of water in Mahendratanaya River and there are no restrictions to utilize the share of water in the Vamsadhara basin.

However, for beneficially utilizing the waters in Vamsadhara Basin, the States of Orissa and Andhra Pradesh have agreed in 1962 that the yield of the river at Gotta will be about 115 TMC and that these waters shall be shared on half and half basis (vide D.O. Lr. No. Nil, dated 03.10.1962 from Sri B. Patnaik, Honorable Chief Minister of Orissa addressed to Sri N. Sanjeeva Reddy, Honorable Chief Minister of Andhra Pradesh). 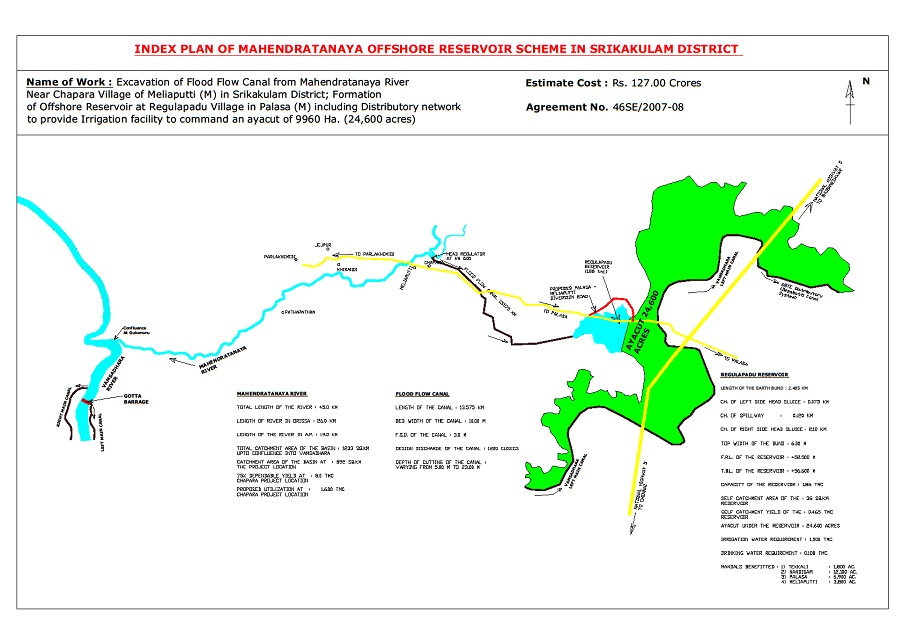