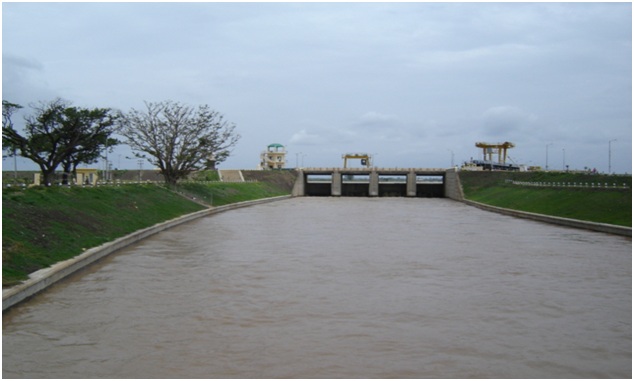 The K.C.Canal Canal is 130 years old major irrigation system which takes off from right flank of Anicut constructed across Tungabhadra River near Sunkesula Village in Kurnool Dist. This canal runs for a total length of 306 KM i.e. from Sunkesula Anicut up to 235 km in Kurnool District and the remaining length of 71 km in Cuddapah District. As per K.W.D.T. award this system is entitled for a quantity of 39.90 TMC of water which is inclusive of 10 TMC T.B river assistance from Tungabhadra Dam. The cropping pattern under this system is as follows:-