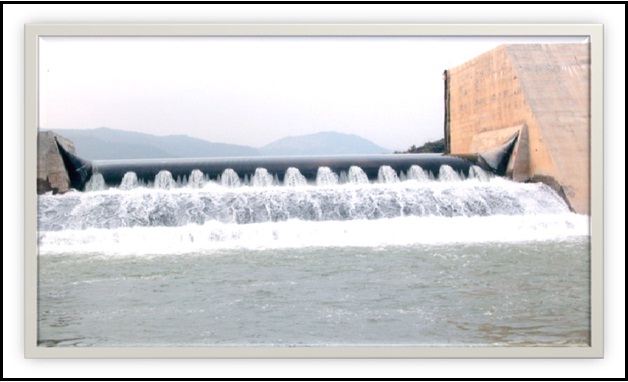 Janjhavathi Reservoir Project is an ongoing Medium Irrigation project proposed across Janjhavathi , an interstate River near Rajyalakshmipuram (v), Komarada (M) of Vizianagaram District. This project is intended to irrigate an ayacut of 24,640 acres benefiting 75 Villages in 5 Mandals i.e., 1. Komarada, 2. Parvatipuram, 3. Garugubilli, 4. Seethanagaram and 5. Makkuva. The scheme was started in the year 1976 with an estimated cost of Rs. 15.51 Crores. Accordingly the works of main components of the project such as Earth dam, canal, Head Sluice, Spillway Regulator etc., have been taken up.

As per Interstate agreement between Chief Ministers of both states on 25-12-78, it was decided to utilize the total available yield of 8 TMc on 50:50 basis i.e., 4 TMC and it was resolved during interstate meeting conducted on 27-07-80 that pending joint survey about submergence area it was agreed that the Government of A.P. could go ahead with the work without closing the gap portion.

This scheme is also included in the prioritized projects and proposed to be completed in 2 years on fast track basis.

This scheme is also included in the prioritized projects, and proposed to be completed in 2 years on fast track basis.

This project is intended to stablise the ayacut of 5,405 Acres apart irrigating new ayacut of 19,235 Acres totaling 24,640 Acres

The componets of the Project are

ii) NOF Dam was completed except river gap portion for a length of 60 M, where Rubber dam was installed

iii) Earth dam is completed except 80M length of Dyke portion on L/s and 60M gap near head sluice on R/s .

iv) Rubber dam of length 60 M was installed in the River gap portion on NOF dam and it was dedicated by the Honâble Chief Minister Dr Y.S.Raja Sekhara Reddy on 1-1-2006.

Balance works( Package â I) are entrusted to M/s Siddardha Constructions Pvt. Limited and Swapna constructions (J.V) under EPC turnkey system for an amount of Rs. 20,79,00,000(1.3649 % Excess) and the works are in progress.

An extent of 295 acres land is acquired for canals against requirement of 1,011 acres. For head works, an extent of 1,070 acres was acquired in A.P. territory and 1,175 acres of land in Orissa territory is to be acquired . Further Land acquisition proposals are under progress. 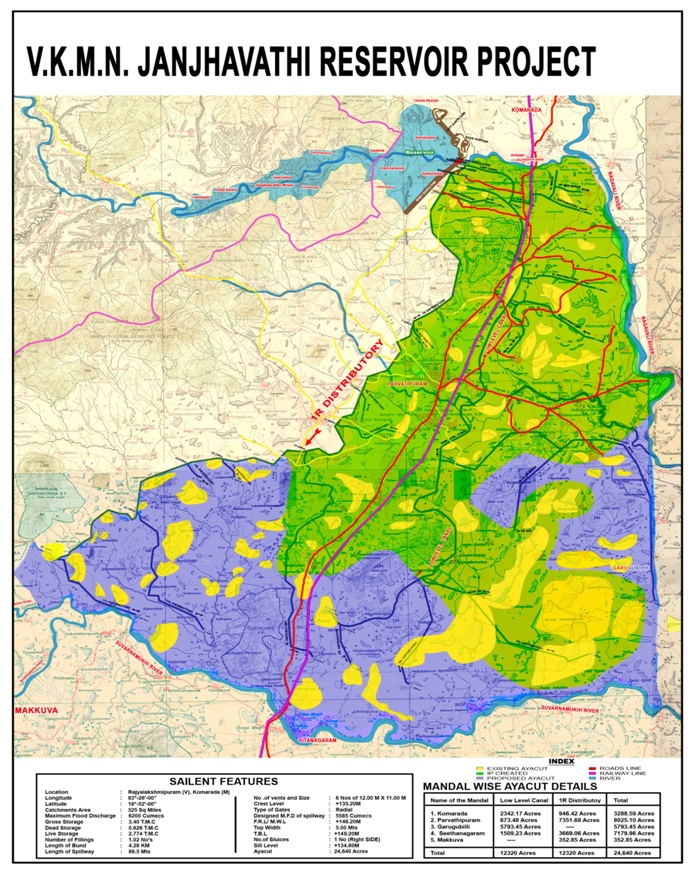