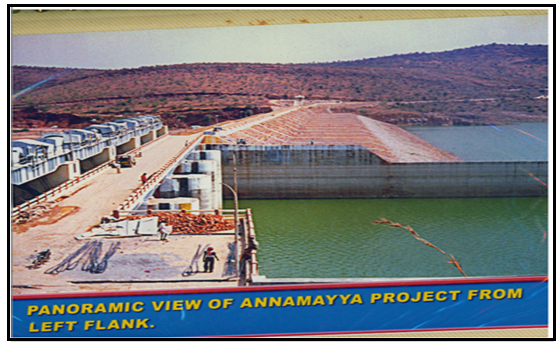 Annamayya Project (Cheyyeru) is a completed Medium Irrigation Project constructed across Cheyyeru, a tributary to Penna River located near Badanagadda (V), Rajampet Mandal, Kadapa District. The project was taken up in the year 1981 and completed in the year 2001. The total ayacut is 22,500 acres i.e., 13,000 acres in Khariff, 6,500 acres in Rabi and 3,000 acres for stabilization of wet under tanks. The cost of the Project is Rs.60.44 Crores (SSR of 1996-97) and the updated cost including improvements and modernization