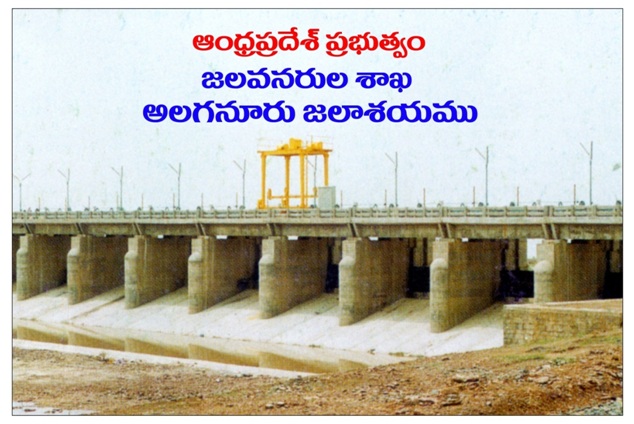 Due to erratic rain fall in the catchments area and due to inconsistency in water supply from Tungabhadra Dam, storage of Water supply is felt more essential especially when there is continuous dry spell. The supplies in the K.C. Canal dwindle in the Rabi Season and at times during the Khariff Seasons also due to meager inflows in Tungabhadra River at Sunkesula anicut with the result the ayacut situated at tail end especially in Cuddapah District is suffering a lot.

At present since there are no Balancing Reservoirs along the K.C.Canal to store water, it was felt desirable to have a balancing reservoir where there is a possibility of storing the available Water during the rainy season and for augmentation of the flows during lean period for crops of K.C. Canal ayacut. After detailed investigation, it is proposed to construct a balancing reservoir near Alaganur (village) in Kurnool District with a storage capacity of 2.965 TMC Ft. to overcome the above difficulties in water management and stabilization of K.C. Canal ayacut below Rajoli Anicut.

The Government of Andhra Pradesh in G.O.Ms.No.327 I & CAD Dt. 25-11-1985 accorded part administrative approval for Rs.3.06 crores for commencing the works of Alaganur Balancing Reservoir.

Land acquired for Alaganur Balancing Reservoir is 3585 acres and for inlet channel is 462 acres.

Components of the Scheme:

The major source of feeding this reservoir is K.C.C through an exclusive channel (inlet channel) excavated from Right bank of K.C. Canal at its KM 119.50 for a length of 19.14 KM. The K.C. Canal water which is taken at KM 0/0 of K.C.C i.e. Sunkesula Barrage (from Tungabhadra River) When ever found excess due to rains in command area or less demands for the ayacut can be diverted to this Reservoir. The water so stored in the reservoir will have to be used for the K.C. Canal ayacut situated below Rajoli Anicut i.e. .beyond KM 234.56 of KCC i.e. in Kadapa District during peak times.